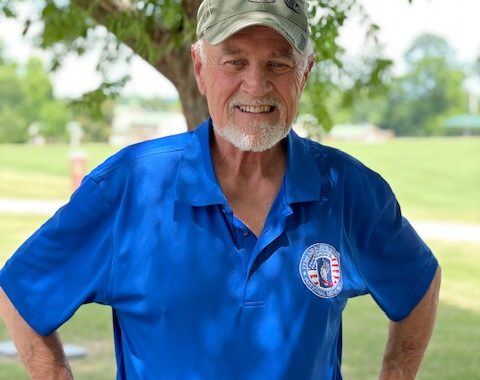 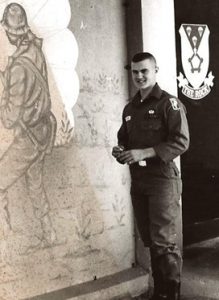 Floyd enlisted in the Army immediately after graduating from high school in June 1964. Following Army basic and advanced infantry training (AIT), he attended the Army Airborne Training school at Fort Benning, GA. In September 1964, Floyd was assigned to the 173d Airborne Brigade (SEP) in Okinawa. Having earned a Medical Military Occupational Specialty as a medic, he was assigned to the Brigade Headquarters and Headquarters Company and served with the Brigade Surgeon in Okinawa. The 173d Airborne Brigade deployed to Vietnam with deployment with the two Brigades on May 5th, 1965. As a member of the Brigade Surgeons office, Floyd managed the field hospital on operations and was the operations/radio controller with the surgeon’s office/field hospital for medevac (dust-off) duties. Floyd served a total of 22 months with the Brigade with 12 months in Vietnam. The last year of service was with the 5th Military Police Group, CID, Chicago.

Following his active military service, Floyd returned to school and graduated with a degree in Forestry from the University of Minnesota. He worked for the Minnesota Department of Natural Resources for 35 years and transitioned into County Planning and Zoning Administrator in Wabasha Minnesota. During his civilian employment and in retirement, Floyd has been extremely active in military related organizations and efforts. He coordinated/Hosted three (3) 173d Airborne Society/Association reunions in Rochester, MN (the City that adopted the 173d Airborne Brigade in 1966). He has been active in Wounded Warriors and the Honor Flight program to transport WW II Veterans to see their memorial in Washington DC. He currently is president of Chapter 24 (Rochester, MN) of the 173d Association and vice president of Rochester Soldiers Field Veterans Memorial. Since its inception in 2006, Floyd has been a member of the Board of Directors of the 173d Airborne Brigade Memorial Foundation and currently serves as its Treasurer.