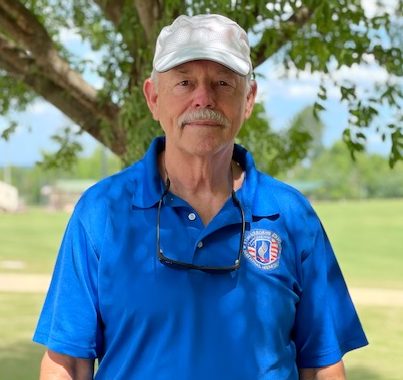 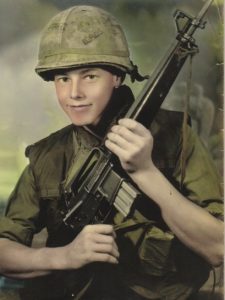 Joseph E. (Eddie) Hair served in with Army Airborne units from 1967 – 1970 including the 173d Airborne brigade in the Republic of Vietnam. He served with C/1/503rd in Vietnam, with the 2/508th, and HHC Recon/1/504th of the 82nd Airborne Division. He retired after 33 years from the Department of Energy (DOE) Savannah River Site in Aiken, SC. He worked in the Reactor Division of the DOE nuclear weapons complex. His background was in the Reactor Division Electrical & Instrumentation, and the Engineering Department. His educational experience includes an A.S. Degree in Nuclear Engineering (1975), a degree in Workforce Education, Training and Development (1993), and a MBA degree (1995). His additional studies were in the Doctoral Degree in Administration, Curriculum and Management, University of Nebraska-Lincoln. Eddie’s history with Veterans Organizations includes several organizations. He is the past President of the 173d Airborne Brigade Association’s South Carolina Chapter 30 in Columbia, SC, the Barnwell County SC Chapter 828 of the Vietnam Veterans of America, and the former Barnwell SC Veterans of Foreign Wars Chapter. He holds lifetime memberships in the The 173rd Airborne Brigade Association, The Vietnam Veterans of America Chapter 828, and the 82nd Airborne Division Association, Savannah-Hilton Head Island Chapter. Eddie was instrumental in establishing the Veterans Memorial Park in Barnwell, SC, procuring Huey helicopter Tail number 17338 from Fort Rucker, Alabama, and is a member of the Board of Directors. The 6 acre Veterans Memorial Park in Barnwell was established by The Vietnam Veterans of America, Chapter 828, The South Carolina Chapter 30 of The 173rd Airborne Brigade of Columbia, SC, with local, state, and national financial contributors. He also worked with the ongoing Vietnam Veterans of America Faces on the wall project for The Vietnam Veterans Memorial in Washington, DC.