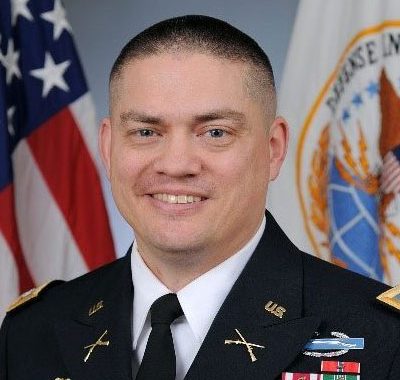 LTC Ryan C. Shipley enlisted in the United States Army in February 1995 by way of the Oregon National Guard and completed Basic and Advanced Individual Training at FT Benning, GA. While attending, he was the platoon honor graduate for his class. LTC Shipley served in C CO 1st Battalion, 186th Infantry out of Roseburg, Oregon as an assistant gunner on an M-60 machinegun crew. He received an ROTC scholarship from Oregon State University and attended the satellite program at Western Oregon University. He was a Distinguished Military Graduate, earning a Bachelors in Corrections/Law Enforcement and commissioning Infantry in the spring of 1998.